From Sydney to Cape Town, via Tokyo, Dhaka, Baghdad, Madrid and Rome: activism does not stop the march for the climate that was to be held on November 29 in Paris. Thousands events on the eve of COP21 will animate the streets in more than 150 countries around the world. The goal? Ask their representatives that the future agreement on cutting emissions can be able to ensure a just and sustainable future for the planet. In Rome, the Global March for the Climate Coalition is organized by the Italian climate, the coalition created to give citizens a voice in anticipation of COP21. More than 150 subjects belongs to the coalition, between trade unions and national and local organizations of civil society, farmers, international solidarity and defense of human rights, environmental, religious, unions, social movements and local authorities.

“After the tragic attacks in Paris, – explains Coalition climate – the French government canceled the event in their own capital. And from Paris citizens have appealed to the rest of the world: “March for us too”, and in solidarity with all those who in various countries around the world have been hit by terrorist attacks. Students, trade unions, religious groups, civil society organizations and citizens will mobilize on 5 continents to the Global March for the Climate of November 29. Together we will ask our governments an ambitious and binding agreement to a world powered 100% by renewable energy by 2050 “.

In Italy a March for the climate and for peace start in Rome, at 14, from Campo de’ Fiori to Via dei Fori Imperiali, where there will be a big concert at 17 with Bandabardò, Dolcenera, Meganoidi, Têtes de Bois, Kutzo, Sandro Joyeaux and many others, will present Massimo Cirrus and Sara Zambotti.

The motivation that drives us to participate actively in this event is sustaining the Peace and protecting the “Third Pole” as it is called Tibet, being the “water column of Asia”, irreplaceable water source of water supply for millions of people. 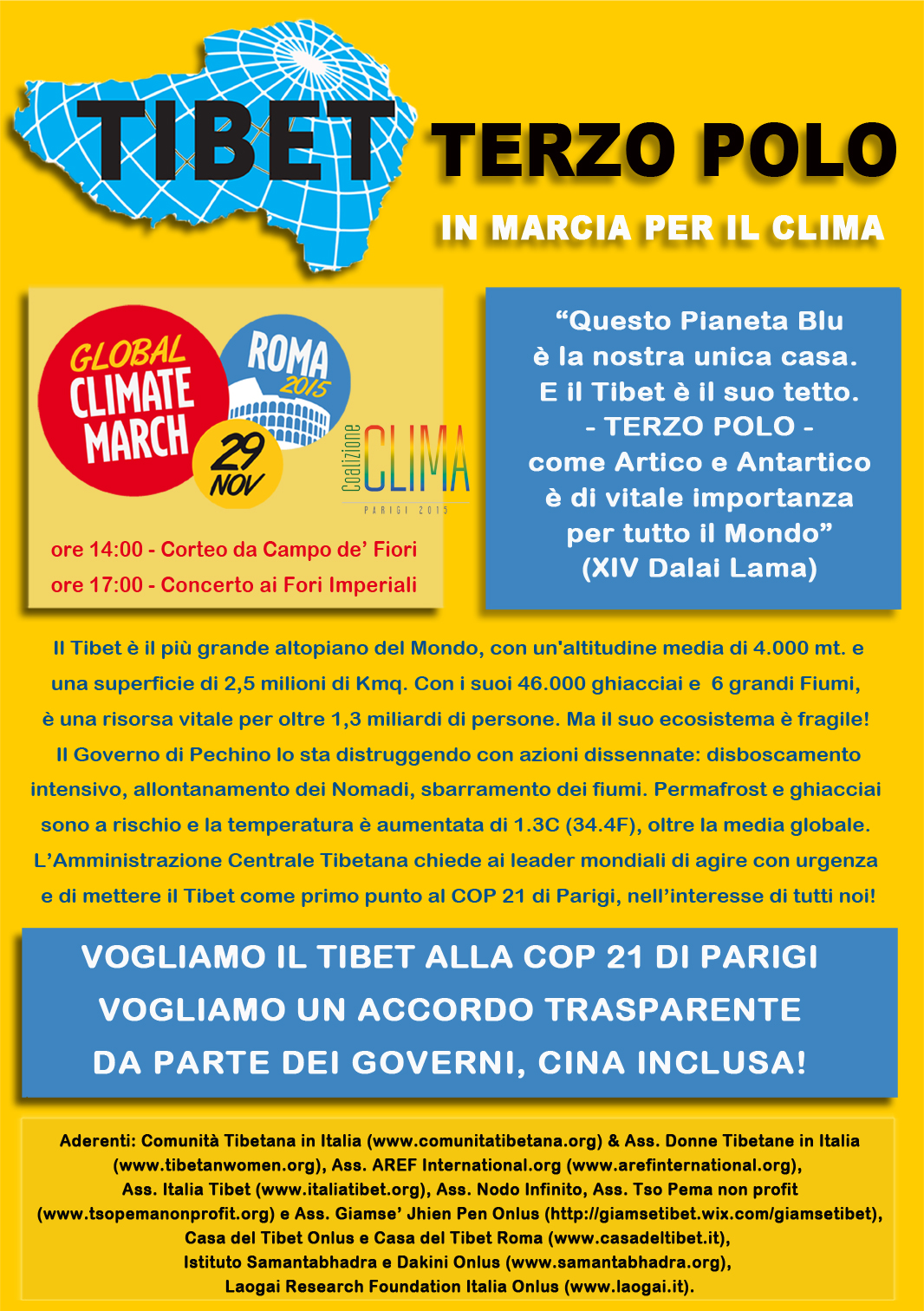