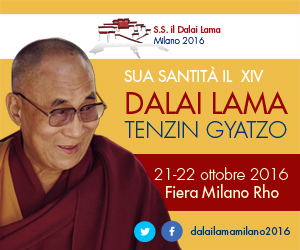 DHARAMSHALA, Oct. 21 – The city of Milan in Italy as of yesterday conferred upon the Tibetan leader His Holiness the Dalai Lama an honorary citizenship, angering China.

Reaching the Italian city yesterday, the Dalai Lama was conferred the honor at the Arcimboldi Theatre in Milan by the chairman of the city council Lamberto Bertole. The 81 year old upon receiving the award jested as to what his rights and duties were as a citizen of the city.

The Tibetan leader met with the Cardinal of Milan, Angelo Scola at the latter’s residence where the two exchanged pleasantries. The Dalai Lama recalled, “On my first visit to Europe in 1973, during the time of His Holiness Pope Paul VI, who I think of as the Italian Pope, my first stop was in Italy. Now on this visit to Italy, my first engagement is to meet here with you.”

Further adding, “I was a guest of Pope John Paul II for the first World Day of Prayer for Peace in Assisi in 1986, which was a significant step towards promoting inter-religious harmony. In expressing my admiration and appreciation to him I also urged that it should not be a one-off event, but the first of an ongoing series of meetings.” However, the Tibetan leader was not invited to the same event (Assisi Interfaith meet) last month, with many citing Chinese government pressure for his exclusion.

Upon asked by the media about the prospect of meeting the Pope, the Tibetan leader remarked that, “the Vatican has concerns about Christians in China and that he has no wish for his presence to cause any inconvenience,” according to a report by his private office.

The Buddhist leader also visited the Ge Phel Ling Institute for Tibetan Buddhist Studies which is organizing the teachings in Milan. He told a gathering of Tibetans, Italians and Vietnamese that temples should serve as place of learning and studying the invaluable teachings.

Beginning this morning, the Buddhist master explained Je Tsongkhapa’s ‘Three Principal Aspects of the Path’ and ‘In Praise of Dependent Arising’ at the Rho Fiera Milano hall

Here a summary of the events, with the video of the conferral of honorary citizenship and intervention by Richard Gere. 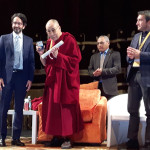 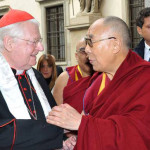 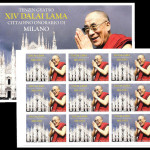 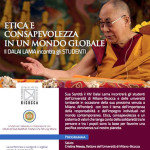